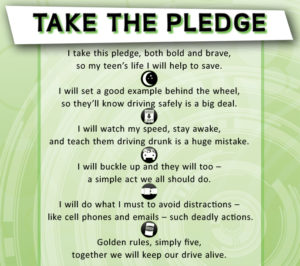 As a parent we worry about our teen driving and it’s our job to educate them on the rules and laws of safe driving.  Before your teen hits the road set these “5 to Drive” rules.

Continue to practice driving with your teen even after they obtain their drivers license.  The more you practice driving with your teen the more experience they will have behind the wheel and will reduce the likelihood of an accident.  The reason there are so many accidents with teen drivers is due to inexperience driving.  Teen drivers struggle with judging gaps in traffic, driving the right speed for conditions and turning safely, among other things. 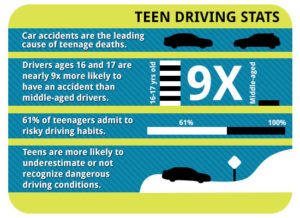 What can we do as a parent? 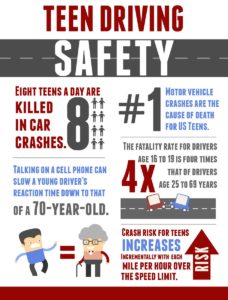 Call Us for a Quote